skip to main | skip to sidebar

Kicking off the urban development of Pallepola

Minister of Urban Development and Sacred area Development Dinesh Gunawardena handed over of the declaration required for the urban development of the Pallepola town in Matale district to the Minister of Local Government and Provincial Councils Janaka Bandara Tennakoon in Parliament today (05 January 2009).
On this occasion Minister Dinesh Gunawardena declared the Pallepola urban area as a designated area of the Urban Development Authority under the provisions of the Urban Development Authority Act.
The construction of a multi-purpose centre, shopping complex, a weekly market (pola), a recreational park, a children’s park and a new police station, as well as the development of the main roads and branch roads are included in the proposed town centre development.
The Chairman of the Pallepola Pradeshiya Sabha Jagath Dissanayake, opposition leader AMVP Adhikari, Member of the Pradeshiya Sabha Narada Jayaratne, and the Director General of the UDA Prasanna Silva were also present on this occasion.
Posted by MUDSAD at 11:20 PM No comments: 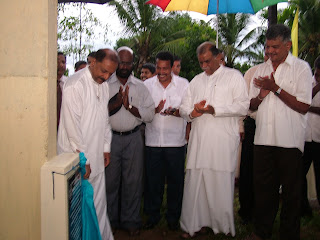 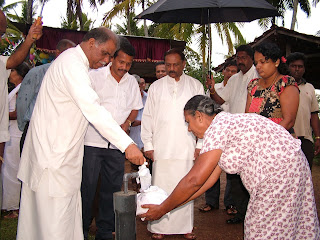 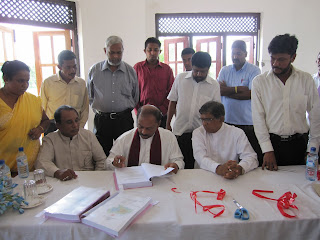 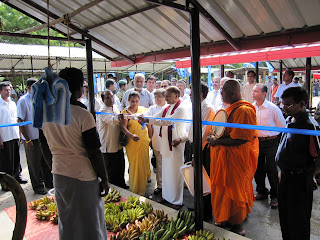 Minister Dinesh Gunawardena opens the new premises for the Amparai weekly market.
Posted by MUDSAD at 9:00 AM No comments: 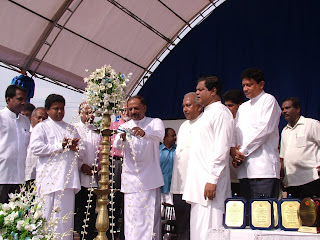 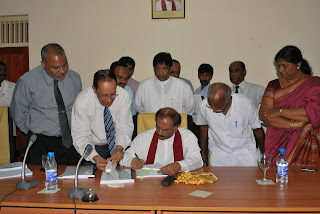 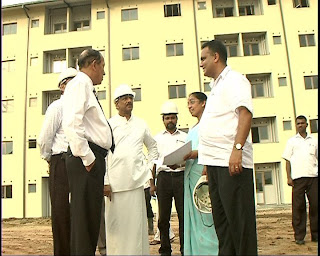 Minister of Urban Development and Sacred Area Development Dinesh Gunawardena inspected the new multi-storey housing complex constructed in Dematagoda in Colombo City to provide homes for displaced shanty dwellers from the Slave Island area on 24.11.2009. Many of the shanty-dwellers who are prospective home-owners in the complex were also present.
Under the first stage of this housing project it is planned to provide housing for the shanty-dwellers who were displaced by the Slave Island and Beira Lake development plans, and who have obtained temporary accommodation in Thotalanga under the auspices of the Urban Development Authority of the Ministry of Urban Development and Sacred Area Development.
The area of a dwelling constructed on the 3.6 hectare (9 acre) site in Dematagoda is to be 50 square metres (500 sq.ft). Each consists of two bedrooms, a living room, a kitchen and a bathroom. A special programme to construct 1,000 dwellings has been inaugurated here by the Urban Development Authority. The construction of the 1,000 dwelling units is to take place in 3 stages, with 320 dwellings of the first stage being constructed at present, and are due to be handed over to the new owners in the near future.
A new technology is being utilised to construct the buildings in this project, and it is the first time that this technology has been used in the public sector. This technology, which is known as the MIVAN form work system, has been brought to this country from Malaysia.
The prospective home-owners expressed their gratitude to all those who worked to extract them from their unauthorised shanties and to provide them with these good permanent dwellings, for which they declared their liking.
Minister Dinesh Gunawardena, speaking on this occasion, said that the Ministry of Urban Development and Sacred Area Development was able begin construction of this housing complex, which is another step towards making a reality the Mahinda Chintana goal of providing every family with a home. Thereby the people living in Thotalanga temporarily will be able to own permanent homes. We are now working to provide housing for the people according to a policy different from that of previous governments, according to which the opportunities for selling the new houses and going back to shanty dwellings will be minimised. It is the hope of the Government of President HE Mahinda Rajapaksa to provide new houses for the masses by completing this housing complex rapidly and to ensure a bright future for all the families.
Governor of the Western Province HE Alavi Moulana, Secretary of the Ministry Dr Prathap Ramanujam and UDA Co-ordinating Officer Ajith Kumara participated on this occasion.
Posted by MUDSAD at 10:14 AM No comments: 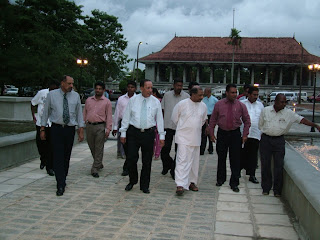 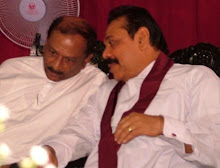